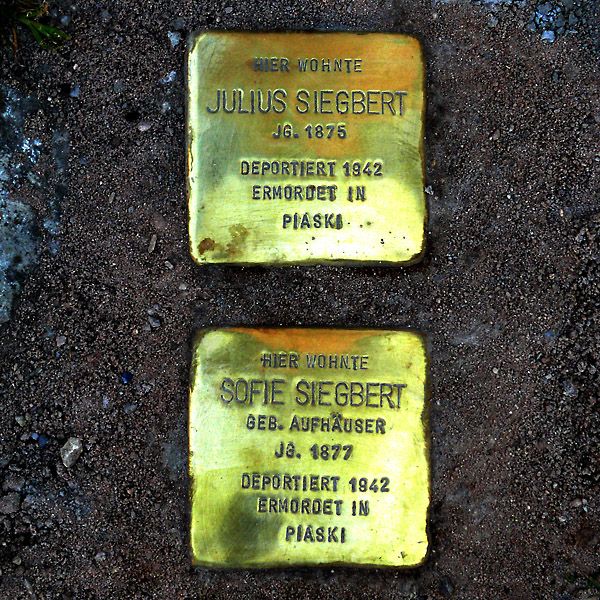 titus has linked to this off-site content:
http://www.binder-fotografie.de
Peter Binder titus
Stumbling blocks
Such metal blocks can be found in the pavement of our city. Jewish residents lived here during the Nazi era. These two stumbling blocks are reminiscent of her murder in the concentration camp during the Nazi era. These blocks commemorate the Siegbert couple, who was deported to Piaska in 1942 and died there.

#signs, #memories, #symbols #words
1.1k 1 1
May 22 2021
These "Stolpersteine" are very touching. I saw some of them in Brussels too.
https://ginette-caramel.over-blog.com/2019/10/allons-a-lille-darling-9-bruxelles-1.html
caramel · May 22 2021
ABOUT
HELP
TERMS OF SERVICE
PRIVACY POLICY
WEEKLY NEWSLETTER
CONTACT US
ANNOUNCEMENTS
MONITOR CALIBRATION
COPYRIGHT VIOLATION
© 2002-2022 Photo Friday. All Rights Reserved.
Member-contributed content copyright its creator.