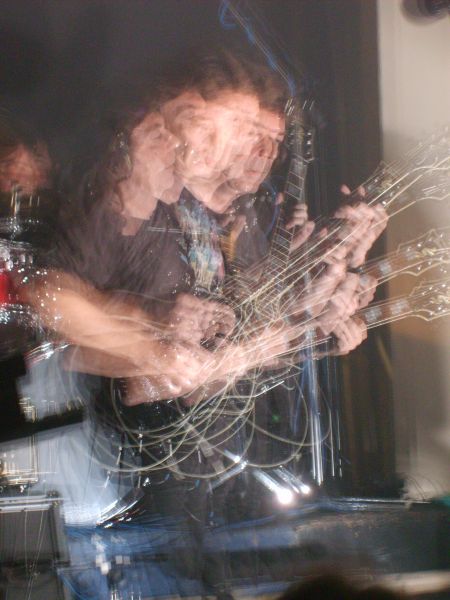 tim_ellis has linked to this off-site content:
https://flic.kr/p/775LHQ
Tim Ellis tim_ellis
Caught in the moment...
an #action shot of Guitarist Steve Hackett caught by the Strobe lighting at Summers End Festival 2009.

The festival is generally "photographer friendly" - but Steve's management requested no SLR cameras for his performance except for those officially cleared through them first, so this was shot with a small compact camera, which obviously calculated the exposure while the #strobe was "dark", leaving the shutter open for several flashes to give this #multiple-exposure effect.
544 3 0
Nov 1 2019