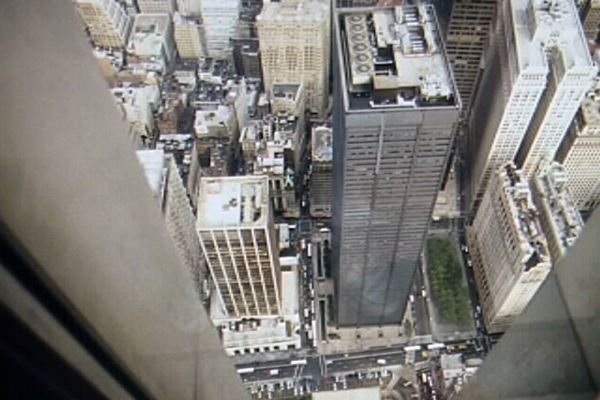 meinkephotos has linked to this off-site content:
http://www.meinkephotography.com
Bill Meinke meinkephotos
WTC Looking down
In 1996, my wife and I visited NYC and decided to go up to the Observation Deck at the World Trade Center. I had my trusted Canon FTb film camera. The wind was still enough so they opened up the rooftop.

We will never forget. #vertical #street #skyline
1.3k 1 1
Sep 10 2016
We visited New York city when I was a small child, I think not long after WTC was completed. I'm 90% sure we went up to an observation deck of some sort. As a small kid, I found it terrifying, and there's something of that in this shot, the claustrophobic feeling those verticals give to the view. Amazing series of photos Bill!
marc · Sep 10 2016
ABOUT
HELP
TERMS OF SERVICE
PRIVACY POLICY
WEEKLY NEWSLETTER
CONTACT US
ANNOUNCEMENTS
MONITOR CALIBRATION
COPYRIGHT VIOLATION
© 2002-2020 Photo Friday. All Rights Reserved.
Member-contributed content copyright its creator.