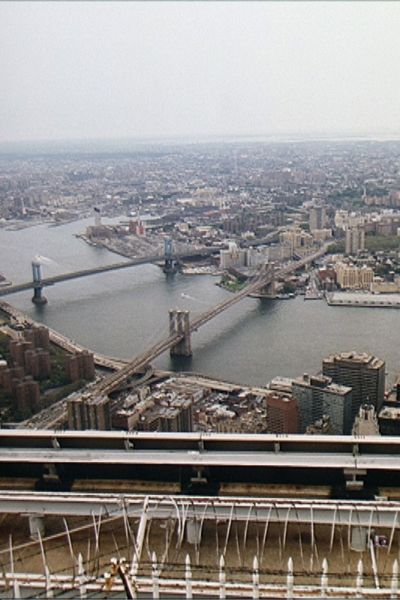 meinkephotos has linked to this off-site content:
http://www.meinkephotography.com
Bill Meinke meinkephotos
WTC Looking at Brooklyn
In 1996, my wife and I visited NYC and decided to go up to the Observation Deck at the World Trade Center. I had my trusted Canon FTb film camera. The wind was still enough so they opened up the rooftop.