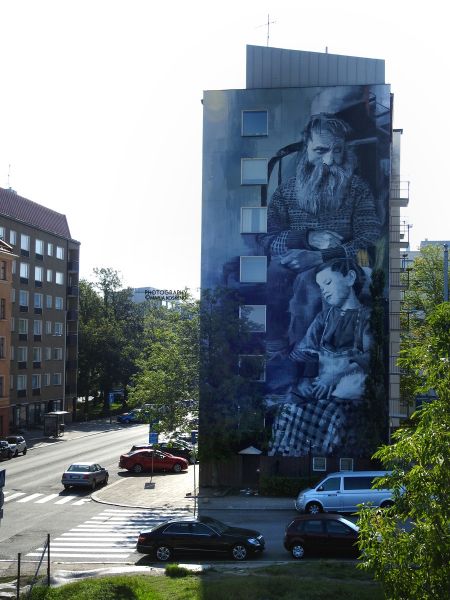 Marja Koskeno marja_k
Street art on the wall of a building
#building #mural #street_art #Wasp_Elder #Turku #Finland
UK artist Sam Worthington, also known as Wasp Elder was recently in Turku, a charming city in the southwest coast of Finland where he was invited to take part of this year’s Upeart festival.
Wasp Elder was born in the UK in 1986. Wasp Elder is a socially engaged artist who paints pictures populated by enigmatic figures and unstressed backgrounds, enticing a sentiment of an obscure journey. His paintings present an evocative combination of solitary figures, collaged scenes, close-ups, obscured features, and potential catastrophe. Through this working process he is able to present often marginalised figures through a dignified representation. Highlighting their humanity outside of the conflict that is seen to define them.
2.1k 2 0
Sep 10 2019