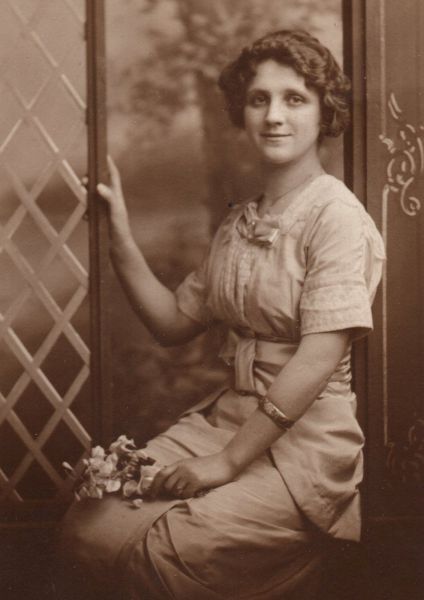 Steven lefteyedview
Julian M.
A photo of spouse's great aunt who was a victim of the Eastland Disaster that occurred in Chicago, Illinois on July 24, 1915. The SS Eastland was a passenger ship based in Chicago and used for tours. On July 24, 1915, the ship rolled over onto her side while tied to a dock in the Chicago River. A total of 844 passengers and crew were killed in what was the largest loss of life from a single shipwreck on the Great Lakes.

After the disaster, Eastland was salvaged and sold to the United States Navy. After restorations and modifications, Eastland was designated a gunboat and renamed USS Wilmette. She was used primarily as a training vessel on the Great Lakes, and was scrapped after World War II. #aunt #family #portrait
527 3 1
Dec 7 2019
Amazing portrait!
day_one · May 1 2020
ABOUT
HELP
TERMS OF SERVICE
PRIVACY POLICY
WEEKLY NEWSLETTER
CONTACT US
ANNOUNCEMENTS
MONITOR CALIBRATION
COPYRIGHT VIOLATION
© 2002-2020 Photo Friday. All Rights Reserved.
Member-contributed content copyright its creator.