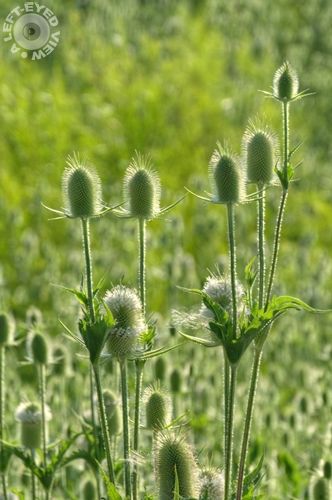 lefteyedview has linked to this off-site content:
https://lefteyed.aminus3.com/image/2019-09-02.html
Steven lefteyedview
Wild Teasel
A distinctive feature of the Teasel is the whorls of long vegetative leaves borne at intervals
along the main shoot. Each leaf is up to 8 to 16 inches long, bears spines along the underside of its
midrib, and is tapered (lanceolate). The leaves are not borne on stalks, but instead the leaves of
each whorl fuse into a cup-like structure around the stem, which can trap considerable quantities
of rainwater, which the plant may later utilize, but which also traps many insects which
decompose in the water. Experiments have shown that nutrients from the decomposing insects
are absorbed by the plant, increasing the number of seeds that are produced. Thus the Teasel is
partially carnivorous (insects are not apparently essential, but are a utilized source of nitrogen).
#green #spines #teasel
411 1 0
Sep 17 2019