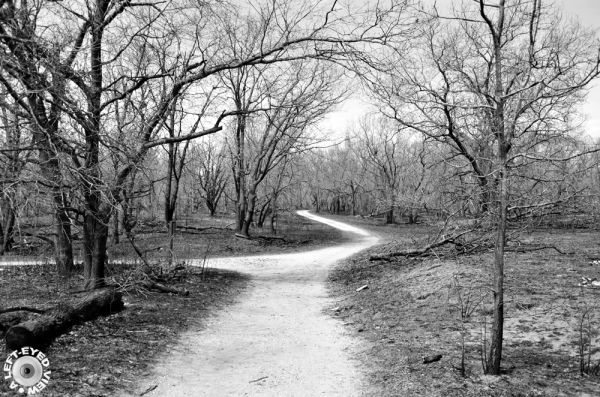 lefteyedview has linked to this off-site content:
https://lefteyed.aminus3.com/image/2019-05-09.html
Steven lefteyedview
A Barren Wasteland #2
I went to Illinois Beach State Park recently to search for any new Spring foliage to photograph, only to discover that the Park was subject to another controlled burn. The last one occurred in 2016. Unlike the visit in 2016, the smell of smoke wasn't strong.

During the morning hours of July 11, 2011, Illinois Beach State Park (and parts of Iowa, Illinois, Michigan and Ohio) was hit hard by a derecho. A line of severe thunderstorms moved very quickly across northern Illinois and southern Lake Michigan, producing widespread wind damage. This wind damage left thousands of trees uprooted and downed where they have laid since 2011.

I can only assume that they decided to do another controlled burn to help clear the land of so many downed trees, dead foliage and to bring the ground floor back to life with new vegetation. New vegetation was spotted throughout the park in grass form.