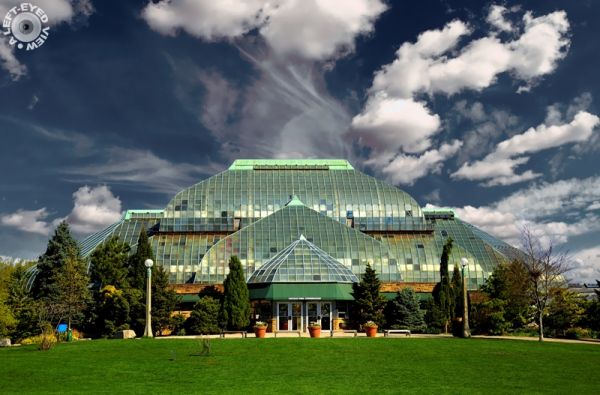 lefteyedview has linked to this off-site content:
https://lefteyed.aminus3.com/image/2018-03-08.html
Steven lefteyedview
Lincoln Park Conservatory
The Lincoln Park Conservatory was built in stages from 1890-1895. It consists of a vestibule, four display halls and fifteen propagating and growing houses. The vestibule and Palm House were built and opened to the public in 1892 and contain giant palms and rubber trees, including a 50-foot fiddle-leaf rubber tree planted in 1891. In the Palm House, one can also find Garden Figure, a sculpture by Frederick Hibbard. The Fern Room or Fernery, approximately five and a half feet below grade, was opened in 1895. It contains plants of the forest floor, primarily a vast collection of ferns. The Tropical Room was originally called the stove house. Opened in 1895, it contained an assortment of tropical plants suspended from bark-covered walls. It is now called the Orchid Room and has a collection of approximately 25,000 natural species. The Display House is used for seasonal flower exhibits.
#conservatory #clouds #sky #chicago #architecture #building #blue #white #green #grass #2018
3.6k 1 0
Apr 12 2018