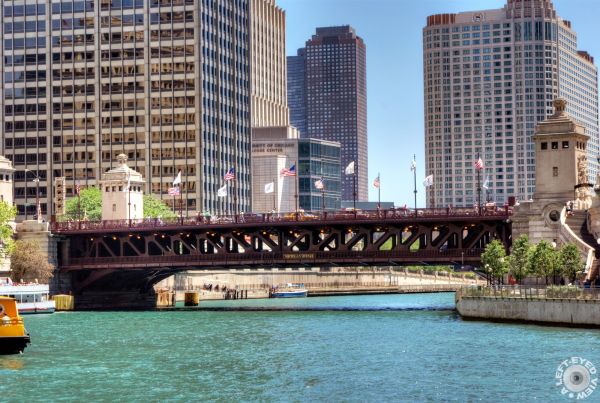 Michigan Avenue Bridge is a double-leaf, double-deck, fixed counterweight, trunnion bascule bridge. It has four bascule leaves such that it functions as two parallel bridges that can be operated independently of one another; at the time of construction bridges in the Chicago River were frequently struck by vessels, and this duplex arrangement allows for leaves damaged in such a collision to be opened for repair without needing to completely close the bridge to traffic. The counterweights are below the level of the lower deck and when the bridge is opened they swing down into 40-foot deep reinforced concrete tailpits that descend 34.5 feet below the surface of the river. #architecture
4.8k 2 0
Feb 9 2017